Life After Death and Finding Your Purpose? Anita Moorjani 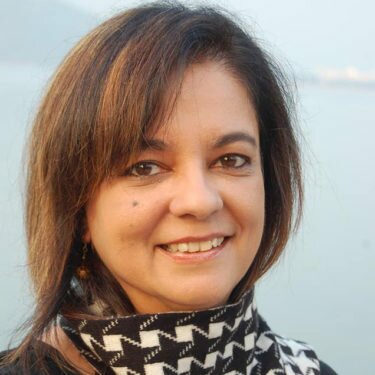 Anita Moorjani discovered her purpose on the 2nd February 2006, when she experienced a near-death-experience (NDE) after a 4-year battle with cancer.

On that day, Anita fell into a coma and all her organs started shutting down. She was rushed to hospital and the doctors realised she only had hours to live. As the doctors were advising her family, they needed to prepare themselves for the worst, what they didn’t know was, Anita, despite being in a coma was fully conscious of everything going on around her.

She could hear and feel everything. She could see everything in the hospital room where her body was lying, she could hear the doctors speaking to her husband and mother down the corridor and she could also see her brother in India rushing for a plane to come and see her. She also she became aware of her father who had died some years before and her best friend who had died of cancer two years earlier. She found she was aware of everything simultaneously and was able to see/feel what everyone around her was feeling.

In the experience, she came to understand how all the choices in her life had led to that present moment, where her poor sick body lay motionless and dying in that hospital bed, covered in tumours and weeping lesions. She realised the cancer had come about because she had lived her life entirely through fear. From the time she was a little girl up to the present moment, she realised she had constantly been fearful of not being good enough and had tried compensating for this by being a people-pleaser, always worrying what others thought of her and putting herself last. Gradually the continual living in fear and self punishment for never being good enough had translated into cancer, until in the end it took her over completely.

She Discovered Her Purpose

She discovered her purpose was to allow herself to be who she was, shine her light as brightly as she could, and to go out and live her life fearlessly.

“The biggest secret to a happy life is loving yourself unconditionally, first.”

Anita was then given the choice to return to her physical form or continue into this new realm. It felt so wonderful in that realm, where she was no longer in pain, no longer a burden on her husband and her mother and feeling surrounded and filled with absolute unconditional love. It was hard to contemplate the idea of going back into her sick painful body.  But her father and her best friend said to her, “now you know the truth, go back and live your life fearlessly, there are gifts waiting for you.” So she chose to come back.

Immediately, following her choice to come back, she regained consciousness, and to the complete amazement of her doctors, within four days 70% of the cancer was gone and within three weeks there wasn’t a sign of cancer anywhere in her body, despite repeated testing by the doctors. It took five weeks for her to be strong enough to leave the hospital.

“The most important thing that happens when you love yourself is you allow yourself to be who you are. And many people ask me, “what is my purpose?” / “how can I find my purpose in life?”    i have a very simple solution.  Your only purpose is to be yourself. That’s all. And all you have to do is, be as you, as you can be; shine your light as brightly as you can, and your purpose will unfold before you. Just allow life to unfold before you. And it’s that simple.”

Her first book called “Dying To Be Me!” recounts exactly what happened during her experience and following her recovery.

“I realized that the Peace and Love humankind craves, resides inside each and every one of us, and we can access it any time.  We don’t have to wait to die to experience heaven—unconditional love, acceptance, and joy. We can experience it right now by simply connecting with our inner truths, honoring them completely, and fully loving ourselves in the process.”

Helping Others Find Their Purpose

Anita’s NDE has captured the hearts and minds of millions of people across the world and her wise words are a constant inspiration to thousands of people. She was discovered by Wayne Dyer, who insisted she write a book about her experience. She then wrote ‘Dying To Be Me‘ followed by “What If This Is Heaven?”

She has been a featured guest on The Dr. Oz Show, Fox News, The Today Show, CNN’s Anderson Cooper 360, the National Geographic Channel, as well as The Pearl Report in Hong Kong, Headstart with Karen Davila in the Philippines, and many others.

Today, Anita lives in the United States with her husband Danny and continues to travel all over the world sharing her wisdom and her story.

‘Dying to Be Me’ has sold millions of copies worldwide and has been translated into 45 languages. It has also been optioned by Hollywood Director, Ridley Scott, to be made into a full-length feature film.

Prior to her cancer diagnosis, Anita lived in Hong Kong and worked in the corporate world for several
years. She was born in Singapore of Indian parents and grew up speaking English, Cantonese, and
Indian dialect.

Videos to help us find our purpose

In the following video Anita shares with Brian Rose at London Real, what happened on the fateful day 2nd November 2006.  (The actual interview with Anita starts are 5:50)

You Are The Placebo – Dr Joe Dispenza | Healing Earth